What Is The Surface Hole Of Bearing Ring?How Did It Come About?

What Is The Surface Hole Of Bearing Ring?How Did It Come About? 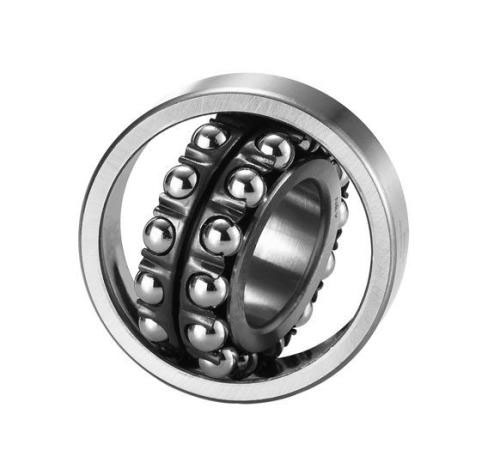 What is the surface hole of bearing ring?

How is the surface hole corrosion of bearing ring formed?

The metal surface without the passivation film is in an active dissolved state. At this time, if the electrolyte solution with a certain concentration is encountered, the aggressive anions in the electrolyte solution (such as Cl-) will be electromigrated by the cation action of the active metal surface and concentrate on the surface of the metal anode, causing the increase of the corrosion potential of the metal electrode.When the corrosion potential of metal anode is high to a certain degree, reaching the critical value of forming corrosion nucleus, the anode begins to dissolve, the anode current increases sharply, and pits are formed on the metal surface.

In general, smooth, clean, and dry surfaces are less prone to pore corrosion.There are many reasons for the corrosion of bearing parts, the most common is the erosion of wet air, sea breeze, sea water, sweat, oxidation and deterioration of antirust oil (fat), and various chemical processing processes between processes (such as pickling, acid printing, etc.) fail to neutralize and clean in time, etc.;At present, some areas of serious environmental pollution, acid rain, acid fog frequently occur, which is rich in nitric acid, hydrochloric acid makes the parts have a tendency to increase the hole corrosion.

In the bearing production process, many links are likely to produce hole corrosion, especially in the storage and turnover of ring car after processing.Sometimes after turning the ring, there is no heat treatment immediately, then the surface of the passivation film is fragile and prone to hole corrosion;Because the car parts are rough parts, often do not pay attention to the necessary surface protection, to provide a good storage environment, to avoid bumping, but also lead to the occurrence of hole corrosion;As parts are stored for longer periods of time, corrosion holes may be so deep that they cannot be eliminated by grinding.

Pore corrosion not only affects the accuracy and surface roughness of bearings, but also reduces their service life and even leads to scrap, so people should pay enough attention to it.Especially in humid, hot, offshore climate environment, it is necessary to avoid such problems as hole corrosion.The bearing rings in the processing process should be treated with anti-rust treatment in strict accordance with the cleaning and anti-rust procedures, and the cleaning fluid and anti-rust oil (liquid) used should meet the requirements of the process technology;At the same time, speed up the turnover speed in the production link to prevent various bumps and injuries.