The Several Factors That Cause The Bearing To Be Old And Bad Are Mostly Caused By Improper Use Of Bearings.

The Several Factors That Cause The Bearing To Be Old And Bad Are Mostly Caused By Improper Use Of Bearings. 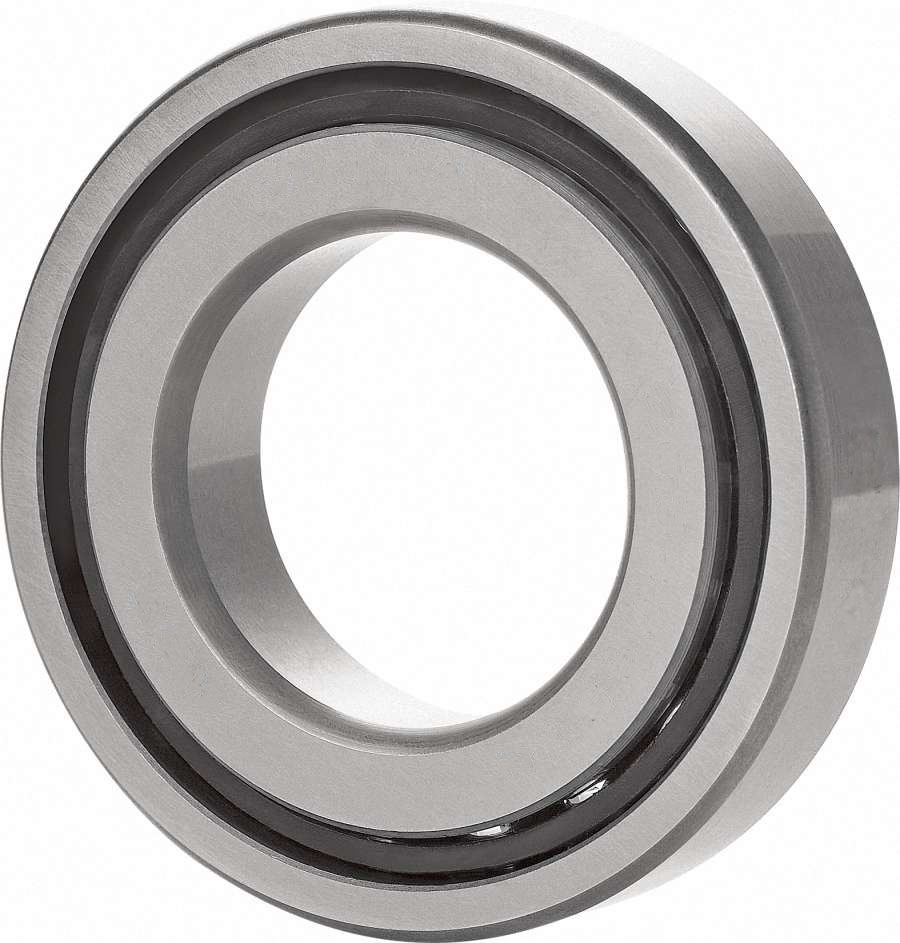 Rolling bearing in the process of use due to the quality of itself and the external conditions, the cause of its bearing capacity, rotational accuracy and antifriction performance etc. Will change, when the performance of the bearing is lower than the use requirement and can't work normally, is called a bearing damage or failure, bearing in the event of damage, such as accident happens, there will be stalling its machines, equipment, functional damage and other anomalies.

Bearing is broken, we should first analyze the cause of the failure, and then find a solution.Therefore, it is necessary to investigate the causes and take corresponding measures in the short term.

The several factors that cause the bearing to be old and bad are mostly caused by improper use of bearings.The following factors that lead to frequent damage of bearings are explained. China Bearing Network shares them as follows:

Bearing is a loss-type part, as long as it is used, it will certainly be damaged. It only shows itself when it is accumulated to a certain extent., that is, until a certain amount of bad, of course, the rolling bearing damaged the damage is much more complex than general machinery parts, the characteristics of the rolling bearing damage is the number of forms, reasons, bearing damage in addition to bearing design and manufacture of the inner factors, mostly due to improper use, such as: selection of cloth, bearing design is unreasonable, improper installation, poor lubrication, sealing caused by external factors, such as bad.The following 8 points are the main factors of bad bearings:

1, metal corrosion.If the lack of lubrication, it is easy to be oxidized by air, rust.Prevent corrosion of bearings, do not use blisters.Bearings are made of fine steel, but they are also afraid of water.When taking bearings by hand, we should fully wash the sweat from our hands, and coat them with high quality mineral oil before operation. In the rainy season and summer, we should pay special attention to rust prevention.

The specific reasons for natural corrosion wear of bearings are mainly as follows:

① Oxidative wear.The tiny peaks and valleys on the friction surface extrude each other, making the brittle surface layer gradually fall off and wear.The tiny peaks and valleys on the relative motion surface of the bearing and the oxidation in the air are synthesized to generate brittle oxides that are not tightly connected with the matrix metal. The oxides are easy to fall off in the friction, and the wear is called oxidative wear.

(2) friction thermal wear.When the bearing works at high speed and under the condition of heavy load and poor lubrication, high temperature, hardness and wear resistance of the contact point decrease due to friction at the surface peak and valley, and even adhesion and tearing occur.This wear is called frictional thermal wear.

④ pitting wear.The rolling contact surface of gears and bearings is periodically subjected to great contact pressure in the relative process. For a long time, the fatigue phenomenon occurs on the metal surface, which makes the tiny cracks and denuded on the bearing surface. This kind of wear is called pitting erosion wear.

Corrosion damage due to temporary contact with water, acid, alkali, salt and other liquids or harmful gases: non-moving bearings on the equipment.The damage caused by rust or corrosion is called corrosion damage.

2, the bearing load is too large or improper use.When using, it can not exceed the load of the bearing. Like a car, it may be too heavy to pull the cargo, which is easy to damage the bearing.Therefore, the truck has more problems than the car, which is caused by the failure of many parts.

Reckless driving can also cause bad car bearings, but this is a far-fetched reason.Because it is not careful driving, other parts will be worse than the bearing.

7. Foreign body invasion.Try to use special tools, try to avoid the use of cloth and short fiber things, so as not to fine fiber things into the bearing cause unnecessary damage.Another example is the installation of bearings, the staff used copper rod knocking method, easy to cause uneven bearing axial force, cause cage deformation, rolling body damage, clearance increases, and the copper rod in the process of knocking, copper fly into the bearing cage, easy to cause bearing failure.There is also the use of the process

9, bearing and oil in the amount is too much, will cause bearing roller skid, caused by the rolling friction sliding friction and rolling body damage bearing roller, because of the excessive amount of oil bearing, bearing in the free space is small, the operating temperature of the bearing will rise, grease hz degree is reduced, the lubricating oil film thinning, roller, and the bad lubrication condition is easy to cause bearing different sound, surface smooth, shorten the service life of bearing.Generally, there is a bearing oil chamber at the end cover of the motor. According to the speed of the motor, the amount of oil filling in the bearing chamber can be carried out according to the following standards: when the motor speed is less than 1500r/min, the amount of oil filling is 2/3 of the volume of the bearing chamber.When the speed is between 1500 ~ 3000r/min, it is 1/2 of the volume of the bearing chamber.When the speed is > 3000r/min, it should be less than or equal to 1/3 of the bearing volume.In the actual working process, for bearings running at high temperature and high speed, bearings with sealing surface should be used as little as possible, and the oil storage amount of electric oil cap should be increased, and the refueling nozzle should be installed to improve the service life of motor bearings.

10. For bearings with insulated outer rings, attention should be paid to ensure that the insulation is intact.If the bearing insulation is destroyed during installation, the very thin bearing oil film will be broken down by the shaft voltage. After the oil film breakdown, not only the lubrication condition of the rolling body is poor, but also the electric spark generated will form electric corrosion on the bearing rolling body, causing not only the surface of the rolling body, but also the wear of the bearing.

Bearing wear can be repaired in this way.The solution is: the need to re-study the use of conditions or re-select bearings, observe clearance and check the processing precision between the shaft and the bearing strip, check the design around the bearing, study and check the installation method and lubricant, lubrication method.

Bearing bit wear can be such a maintenance method/step

1. Do a good job of preparatory work, namely disassembly of equipment, to ensure sufficient construction space and safe working environment;

3. Wipe the inner and outer surfaces of the mold, wipe a thin layer of SD7000 demoulding agent on the inner surface of the mold, the discharge groove, bolts, bolt holes, locating pins and locating pin holes, the thinner the better, and air dry for use;

4. Blend the material SD7101H in strict accordance with the proportion and volume ratio of 2:1, and make it fully harmonized without color difference. Apply the harmonized material to the surface of the bearing position quickly;

5, quickly install the mold in place, tighten the bolts and install the positioning pin.In the process of installing the mold, pay attention to the mold to avoid the axial movement of the mold. At the same time, the rubber hammer is used to beat the mold in the circular direction in the process of fastening the mold, so that the material distribution is more uniform and the deformation of the mold is avoided at the same time.

7. Be careful when dismantling the mold to avoid material damage or falling off in the process of disassembly. After the mold is dismantled, use the saw blade or cutting blade to remove the excess material extruded at the discharge groove, and grind it below the overall surface at the same time.

It is of great significance to study the formation and causes of rolling bearing damage. On the one hand, it can improve the use method, correctly use the bearing and give full play to the due efficiency of the bearing. On the other hand, it is helpful to develop new products with better performance.In this paper, besides describing the matters needing attention in the use of rolling bearings, installation methods, operation monitoring, etc., the forms and causes of bearing damage and the countermeasures to be taken are also introduced emphatically.

The life of bearings has a certain number of years. If we use them well and pay attention to the use of the above matters normally, the bearings will give full play to their role.Generally, the brand bearings of regular manufacturers provide three guarantees of service.If it is a quality problem, you can go to the corresponding store for exchange.General store is to have this service.