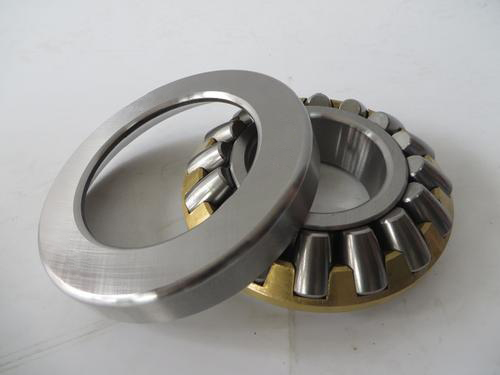 First of all, understand the phenomenon and characteristics of bearing paint rust:

1. Location: Usually in the south with high temperature and humidity and the coastal areas with high humidity.

4. The paint rust of the bearing has obvious directivity. It is more serious near one end of the rotor than the other end.

5. The bearing grease where paint rust occurs has a special taste of paint rust, which is similar to the smell of insulating paint.

6, the occurrence of paint rust phenomenon mostly occurs in the case of solvent-based insulating paint, sometimes the use of no solvent-based paint will also occur (drying time is insufficient).

Under the understanding: paint rust mechanism

The production of bearing paint rust is affected by internal and external comprehensive factors: motor bearing paint rust is caused by the reaction caused by the acid molecules volatilizing from the insulating paint of the motor stator and the moisture being absorbed by the grease together.It is related to the type of insulating paint, the drying process of stator and the storage environment of the motor.When using amino or phenolic base kind of insulating varnish, varnish is extremely unstable in the molecular chain in sclerosis process to be able to have low molecular material to escape.Such as formaldehyde, when the temperature and humidity are appropriate, formaldehyde reacts with water molecules in the weather to produce formic acid, which will hydrolyze the grease and corrode the bearing to produce paint rust.

The infrared spectrum analyzer is used to analyze the taste of paint rust. It can be seen that there is a unique absorption spectrum line of paint rust, which is the same as iron formate pair (characteristic absorption peak). It can be considered that rust is caused by formic acid.

Understand again, the cause of Qiu Xiu

2, the stator drying is not complete;

3. Motor bearings are sealed and packaged in storage;

4, the severity of paint rust mainly depends on the composition of the paint base.

To sum up, the prevention of bearing paint rust must be considered in terms of its mechanism, from the design and manufacturing of motor, insulation and bearings. We will sort out the preventive measures as follows:

1, avoid complete sealing, as far as possible to open pores;

2. The manufacture of traditional Chinese medicine must ensure the drying time of insulating paint. It is best to place it in the ventilated place after the drying of the stator to ventilate naturally so that the paint gas can be completely released.

3. In the storage process of the warehouse, not close to the walls and corners, with pallets on the ground to ensure ventilation, humidity should be less than 70%RH.

4, the use of low molecular acid does not escape the stable type of insulation paint (such as epoxy non-solvent insulation paint), and strictly in accordance with the production process requirements.

5, in the selection of grease, grease with mineral oil as the base oil.

6, the use of sealed bearings.