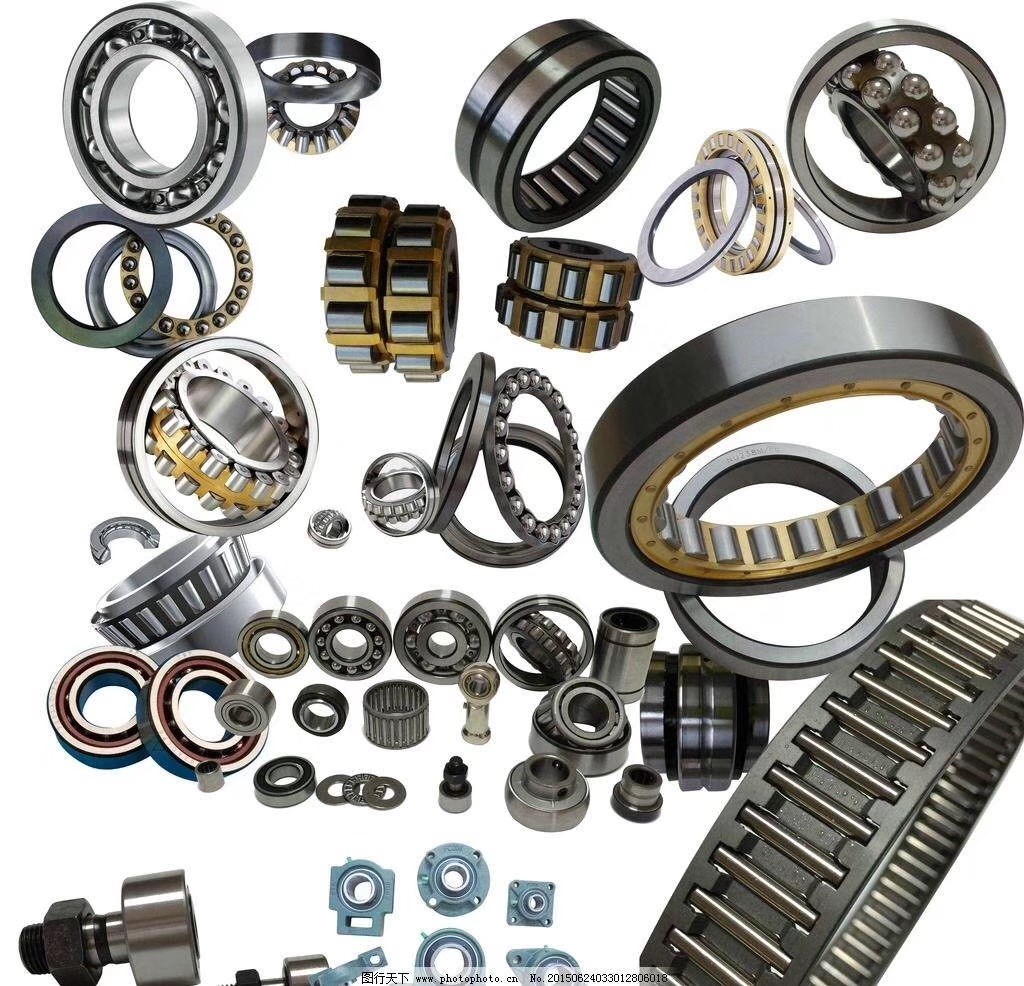 1.Bearing life: the total number of revolutions or working hours at a certain speed before any component in the bearing shows signs of fatigue spalling and expansion.

Mass production of components, due to the uneven material, the bearing life has a great dispersion, the longest and shortest life can be up to dozens of times, we must use the statistical method to deal with.

The life of rolling bearing decreases with the increase of load. The curve of the relationship between life and load is shown in FIG. 17-6, and its curve equation is

If the working speed of the bearing is n r/min, the basic rated life in hours can be obtained

For "3" and "7" bearings, due to the characteristics of their own structure, when there is a radial force action will generate derived S, should be considered in the calculation.

2. The action point of bearing force on the shaft

The fulcrum on the shaft is at the intersection of the normal line and the axis at the contact point between the rolling body and the raceway, as shown in figure 17-8.O in the figure, the distance from the outer end face is a, this value can be found in the manual.

When analyzing the axial load of angular contact bearing, the additional axial force caused by radial force and other working axial force acting on the shaft should be considered at the same time.

FR and FA are radial and axial loads acting on the shaft respectively. The radial reaction forces of the two bearings are Fr1 and Fr2, and the additional axial forces generated correspondingly are Fs1 and Fs2.The axial forces acting on the axis are shown in FIG. 17-10.

- if FS1 + FA&gt;Fs2 (figure 17-11), shaft has a tendency to move to the right, make the bearing Ⅱ "pressure", right in the shaft bearing Ⅱ by a balanced reaction Fs2 ', from which the axial force of the bearing Ⅱ for

- if FS1 + FAs2 (figure 17-12), the shaft has a tendency to move to the left, make the bearing Ⅰ "pressure", this time the left end of the shaft will by a bearing Ⅰ balance reaction FS1 ', which can calculate both the axial force on the bearing, respectively

Static load refers to the load on the bearing when the relative speed of the bearing ring is zero.In order to limit excessive contact stress and permanent deformation of rolling bearing under static load, static load calculation is needed.Select the bearing according to the rated static load, and its basic formula is

For static bearings, slow oscillating bearings or bearings with extremely low speed, the safety coefficient can be selected according to table 17-9.

If the speed of the bearing is low and the requirements for operating accuracy and friction torque are not high, it is allowed to have a large contact stress, which is desirable.1.Thrust centering roller bearing, whether rotating or not, should be S0≥4.

If the speed of rolling bearing is too high, high temperature will be generated between the friction surfaces, which will affect the performance of lubricant and destroy the oil film, resulting in the failure of rolling tempering or component gluing.

The ultimate speed N0 of the rolling bearing refers to the speed value when the bearing can bear the highest thermal equilibrium temperature under certain working conditions.The working speed of the bearing shall be below its limit speed.

Rolling bearing performance given in the table limit speed values are established in the grease lubrication and oil lubrication conditions, and applies only to a level 0 tolerance, lubrication cooling normal, cooperate with rigid bearing and shaft, bearing load P 0.1 C or less (C for bearing the basic dynamic load rating, centripetal bearing only by radial load, thrust bearing only by axial load) of the bearing.

When rolling bearing loads P&gt;At 0.1c, the contact stress will increase;When the bearing bears the combined load, the loaded rolling body will increase, which will increase the friction between the bearing contact surfaces and make the lubrication state worse.At this point, the limit speed value should be revised, the actual allowable speed value can be calculated according to the following formula