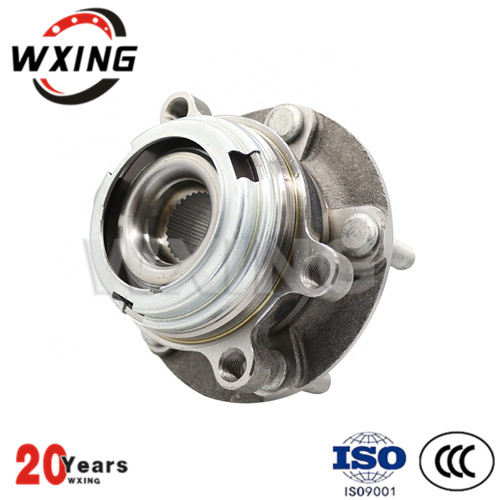 Comparative method is the enterprise to promote technological progress, a shortcut to improve the quality of products, through the analysis and comparison of the domestic and foreign similar samples, get each other a lot of information technology, quality, draw lessons from foreign products in the structure of the advantages of the technology and characteristics of our advantage, overcome the enterprise in product quality and technical level of disparity and the insufficiency, improved, to catch up with advanced level at home and abroad, strengthen market competition ability, to win the domestic and foreign markets, to lay a solid foundation.

The axial clearance of foreign bearings is much smaller than that of domestic bearings.The rotary precision of bearings abroad is obviously higher than that of bearings at home.Bearing clearance and rotation accuracy have important influence on sealing performance. The larger the clearance, the lower the accuracy and the worse the sealing effect.

The profile of bearing seal at home and abroad USES three lip seal, but the structure type is different.The differences are as follows:

1. The contact interference amount or clearance amount between the three sealing lips and the oil rejection ring is different.

The interference amount of sealing of foreign bearing 2 lip is small, while that of 3 lip is gap seal, and that of 1 lip is equal to that of domestic bearing.Generally speaking, foreign bearings are low-torque type seals, and the friction torque, interference and contact force are small. The temperature rise of bearings should be lower than that of domestic bearings.

2. Structural differences of the seals' 3 lips.

The direction of the 3 lips of the foreign and domestic bearing seals is opposite, and the gap is between the 3 lips of the foreign bearing seals and the oil ring.When the bearing rotates and the temperature rises, the gas pressure in the inner space of the bearing must rise.In Figure 1, since the gap between the 3 lips and the oil swing ring is no obstacle, the leakage channel will be formed through the 2 lips and 1 lips when the pressure is relatively small.In this way, grease leakage will be slow due to the small pressure difference between inside and outside.In Figure 2, when the pressure is small, the seal interference of 3 lips will increase with the increase of pressure.When the pressure rises high enough, the three lips are instantly pushed aside and a pressure outlet channel is formed through the two lips and the one lip. The pressure and grease will be locally concentrated in the instant.

Foreign bearing seal 2 lip root is thinner, the end is thicker, and the end contour slope upward.A storage space is formed between the 2 and 3 lips.The thickness of bearing 2 lip is relatively uniform in China, and the area between 2 lip and 3 lip cannot store foreign muddy water and dust.

1. The axial clearance of bearings abroad is relatively small, with high rotation accuracy, which is favorable for improving the sealing effect.

3. Foreign and domestic bearings have adopted the type of three-lip sealing and oil-rejection ring, but there are obvious differences in the three-lip structure.Foreign bearing seal is a low torque seal, friction torque is smaller, less heat, has excellent resistance to foreign mud, dust, but also has a better ability to prevent grease leakage.Domestic bearing sealing structure in the ability to resist foreign mud, dust, in preventing grease leakage is better, but due to large friction torque, high temperature rise, make the grease thin, the difference in pressure between the bearing inside and outside increase, plus grease filling too much, thereby reducing the effect of preventing grease leakage.