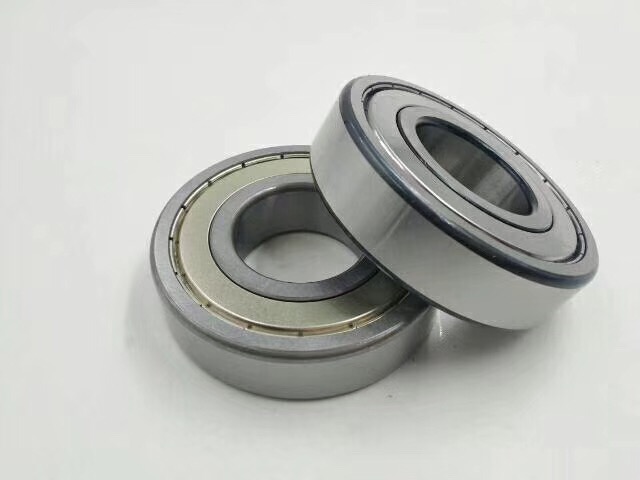 The basic code is used to indicate the bearing's inner diameter, diameter series, width series and type. Generally, the maximum number is five digits. The first part is described as follows:

2) The diameter series of bearings (i.e., the variation series of outer diameter and width of bearings with the same structure and inner diameter) shall be represented by the third digit from the right of the basic code.For example, for radial bearings and radial thrust bearings, 0 and 1 represent extra-light series;2 represents the light series;3 represents medium series;Four represents the heavy series.The size pairs between the series are shown below.The thrust bearings are in accordance with the expression of the centrist-bearing except for the extra-light series represented by 1.

3) The bearing width series (i.e. the bearing width variation series with the same structure, inside diameter and diameter) is represented by the fourth digit from the right of the basic code.When the width is shown in FIG. 13-4, the diameter series is classified as 0 series (normal series), the width series code O may not be indicated in the code for most bearings, but for self-aligning roller bearings and tapered roller bearings, the width series code 0 should be indicated.

4) The bearing type code is represented by the fifth digit from the right of the basic code (for cylindrical roller bearings and needle roller bearings, the code name is letter).

The rear designation of the bearing is used to indicate the bearing structure, tolerances, special material requirements, etc., in letters and Numbers.The content of post code is very much, the following introduces a few commonly used code.

2) Tolerances of bearings are divided into class 2, class 4, class 5, class 6, class 6X and class 0. There are six grades in total, which are successively from high to low, and their codes are respectively/PZ, / P4, / P5, / P6, / P6X and/PO.Among the tolerance classes, 6X class is only applicable to tapered roller bearings;Class e 0 is a normal class, not indicated in the wheel bearing code.

The prefix code for a bearing is used to indicate the component parts of the bearing and is denoted by letters.For example, L is used to represent the detachable ring of separable bearing;K represents the rolling body of the bearing, the retainer assembly and so on.

The practical application of the rolling bearing type is a lot of, the corresponding bearing code is more complex.The code introduced above is the most basic bearing code, the most commonly used part, familiar with this part of the code, you can identify and check the commonly used bearing.