Whether The Grease Degeneration Process In The Bearing Is Reversible

Whether The Grease Degeneration Process In The Bearing Is Reversible 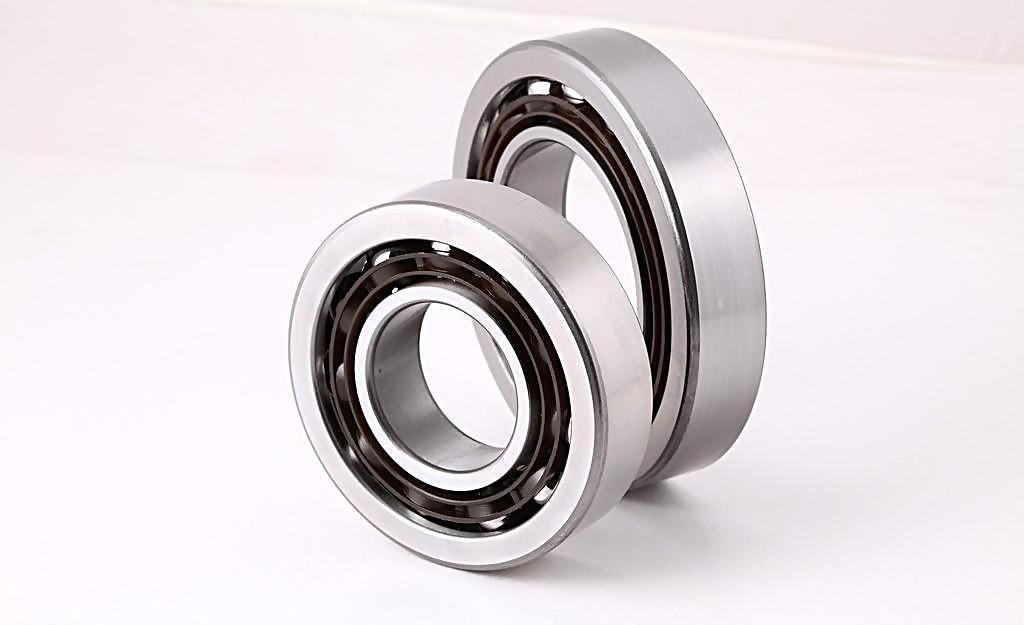 The 6608ZZ bearing used by a company appears abnormal phenomenon of noise and vibration value exceeding the standard after one month of storage, which affects the motor performance.Sample bearings are shown in Table 1, in which the new bearing is the bearing without storage, and the old bearing is the bearing after storage for a period of time.

The phenomenon of abnormal sound and vibration exceedance of low noise bearing is common and the reason is complicated.In view of the phenomenon that the vibration value of this batch of bearings increases after being stored (stationary) for a certain time, the preliminary analysis may be related to the instability of the original grease in the bearings.Lubricating grease is the most commonly used lubricant for sealed bearings. It is a thickening agent and various functional additives dispersed in the base oil.High-quality grease has a certain vibration and noise reduction function, which can meet the low noise requirements of bearings. However, if the properties of grease change with the extension of time (that is, grease denaturation), it will affect the vibration and noise of bearings.

It is difficult to extract grease directly from the bearing because the bearing has a small amount of grease and is double-sealed.Therefore, direct testing method is adopted, that is, the vibration value of the bearing is measured to obtain basic data for further analysis.

The test conditions are as follows:

Note: 1) After heating.2) After standing for a period of time (16 days for the new bearing, 13 days for the old bearing).

Under normal circumstances, high quality grease can provide long-term effective lubrication for bearings, and play the role of vibration and noise reduction.If the grease is deformed, it will affect the normal lubrication state of the bearing, thus increasing the vibration noise of the bearing and decreasing the service life significantly.The reason of grease denaturation is more complex, and there are many forms. During the storage period, there are mainly oil separation, hardening (dry cracking), oxidation metamorphism, additive crystallization precipitation and other denaturation forms.From the reflected situation and the vibration measurement process, the original grease of these bearings may appear crystalline precipitation, that is, solid granular substances are produced inside the grease.These particles have a certain size and hardness, destroy the elastic lubrication film provided by the grease for the bearing, resulting in the increase of bearing vibration value and abnormal sound.

The research results and experience show that some crystalline precipitates produced in grease will gradually become smaller, melt and re-disperse into grease at a certain temperature.In order to verify this statement, the old bearings (including the original grease) were treated with restorative technology. The old bearings were put into the oven and kept at 85℃ for 2h. After cooling to room temperature, the vibration values of the bearings were measured immediately.After that, the heated bearing is left standing at room temperature for a period of time (16 days for the new bearing, 13 days for the old bearing), and then the vibration value is measured to further verify the phenomenon of grease denaturation.Table 2 lists the changes of bearing vibration values before and after treatment and after standing for a period of time.The test results show that:

(2) After standing for a period of time, the average value, maximum value and minimum value of vibration of all bearings are significantly increased.Among them, the vibration average value of the old bearing B recovered the most, which increased by 3.4dB compared with that after heating treatment.

Take out the grease in the bearing, observe its aggregation state with a microscope, it is found that there are more translucent crystals inside the grease, the shape is irregular round, the largest diameter of particles is about 40μm, most of the diameter is about 10μm.These particles due to large size, large number, and a certain hardness, as mechanical impurities lead to the increase of bearing vibration value.

(2) the denaturation process of the grease is reversible.

(3) The formation reason and composition of crystalline precipitates in grease need to be further analyzed.