The wheel hub bearing is one of the key components of the automobile. Its main function is to carry weight and provide precise guidance for the rotation of the hub. This requires it to bear not only the axial load but also the radial load. 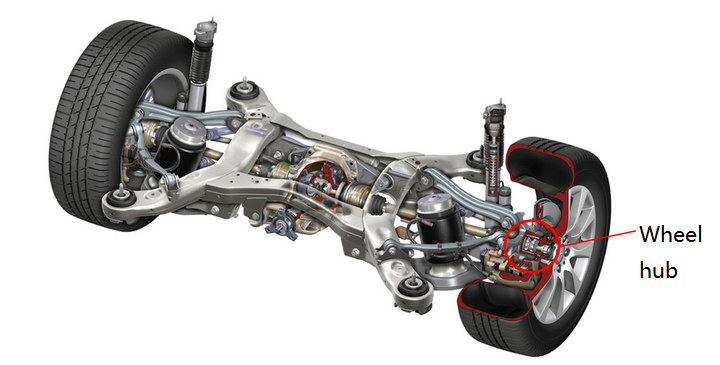 The wheel hub bearing is a part that connects the tire (rotating part)/brake disc (rotating part) and the steering knuckle (fixed part). Its main function is to reduce friction for the rotating pair, and at the same time it also plays a role in transmitting force. It bears very large radial load (vehicle weight) and axial load (lateral force or lateral impact force of the tire when turning).

The structure of the first generation of bearings is the simplest, mainly consisting of an inner ring, an outer ring and steel balls. And the lowest cost.

And because all dimensions are precisely controlled by the supplier, the performance is the best.

Due to these two advantages, although the cost is slightly higher, the third-generation bearings are still favored by almost all mainstream car manufacturers.