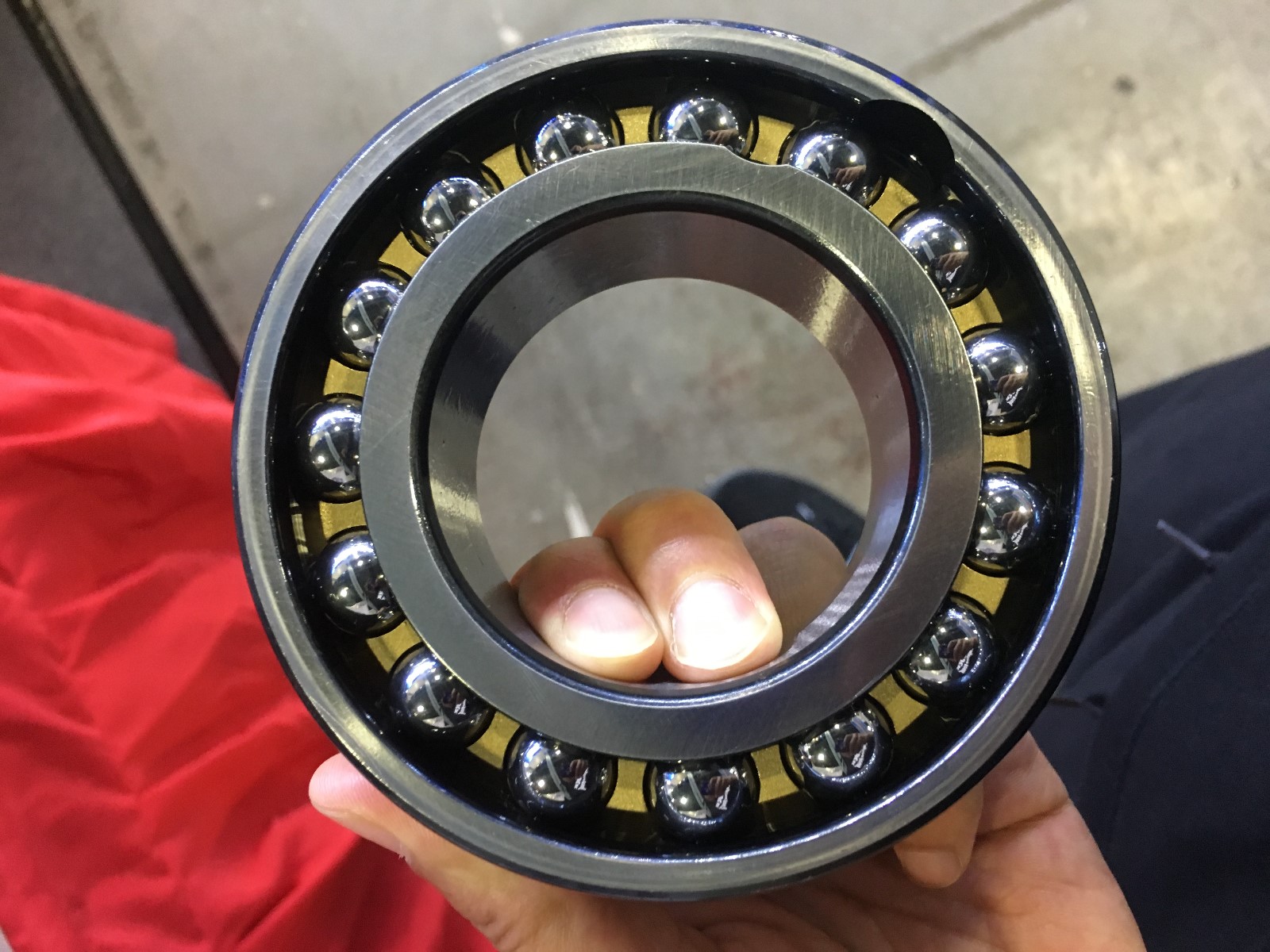 Due to load more ball, the radial load capacity is greater than the ordinary ball bearings, can bear a large axial load, or pure axial load, under the allowed working speed close to deep groove ball bearing and supporting stronger rigidity, precision, but required for the error of the axis is very sensitive, it usually need not to separate bear radial load, while in bear radial load at the same time will bring additional axial load.This type of bearing has many variants and is widely used. It is often made into three series with contact angles of 15°, 25° and 40°. The larger the contact Angle is, the higher the axial load capacity is.

This kind of rolling bearing seat is mostly used in pairs for small span rigid double support shaft or precision spindle. When in use, the clearance should be adjusted carefully. By changing the axial distance between the inner and outer rings of the bearing, the internal clearance of the bearing can be adjusted, and several sets of bearings can be installed in parallel and given a certain amount of pre-interference to improve the rigidity of the bearing system.

Only this type of bearings can only carry axial load in one direction, at the same time need to configure the other bearing to offset the additional axial force, and the additional axial force when installation in pairs or cancel each other out, and can bear the axial load of two forces upward, and have strong ability of axial spacing in two directions, installation generally USES two sets of bearings in pairs to its outer end face relative (back) wide or narrow face relatively (face-to-face) two installation forms, which installed back-to-back best rigidity of bearing system.In order to facilitate the installation in pairs or groups, some bearing plants supply pairs, three sets of a group and four sets of a group of bearings, so that the supply of the same batch of bearings processing consistency is good, when the use of the load is more uniform, additional axial forces offset each other completely.

The http://www.zcwz.com/shangcheng/c_peijian_352/ has separated type rolling bearing type and not the type two kinds, separation type bearing used for installation condition is restricted, outer or inner ring can take off from a complete set of bearing to install respectively, due to the separation type angular contact ball bearing is widely used in the magneto, so also called magneto bearings.This type of bearing in the lock on the inner ring of the variety, can be adapted to higher speed.

2. Reliability (that is, the reliability of bearing life)

Load applied to the bearing when the relative rotation speed of the rolling housing ring or washer is zero (centripetal or thrust bearing) or when the raceway element is not moving in the rolling direction (linear bearing).

The load applied to the bearing when the bearing ring or washer is rotating relative to each other (centripetal or thrust bearing) or when the rolling element is moving in the direction of rolling (linear bearing).

Refers to a set of rolling bearing seat is assumed to be able to withstand a constant radial load, under this load action of the basic rated life is one million.For single-row angular contact bearings, the load is the radial component of the load that guides the bearing rings to produce a pure radial displacement from one another.

A constant radial load (or central axial load), under which the rolling bearing has the same life span as the actual load.