From automobiles, high-speed trains, aircraft to instruments and mechanical equipment, almost all rotating machinery can be found with a common core component -- bearings.Bearing steel, the material needed for the manufacture of bearings, is known as the "king of steel" because it is directly related to the life and reliability of bearings.

"The working environment of bearings is severe and complex, which requires not only high-speed and stable rotation, but also strong extrusion, friction, and even ultra-high temperature experience."Professor Liu Dong told reporters that because of this, the quality and reliability of bearing steel have extremely strict requirements.

How to improve the quality of bearing steel?Professor Liu Dong introduced, one is to the interior is pure enough, the less inclusion the better;Second, it is uniform enough, and the particles in the material are as small and diffuse as possible.However, it is regrettable that for a long time, the quality of bearing steel produced in China has a large gap with the international advanced level.Take inclusions as an example, the size of inclusions in foreign products is completely less than or equal to 10 microns, while the largest size in China is 50-52 microns, "the size difference is as much as 5 times".

Because it is impossible to find high quality bearing steel from domestic manufacturers, many enterprises have to pay a high price to import.This means that we need to buy bearings from abroad every time we manufacture a set of products.

As a "big country of steel", how can China become a "strong country of steel"?After decades of efforts by Chinese researchers, technical problems such as oxygen content and inclusions in bearing steels have been effectively solved.Professor Liu Dong and his team have also solved the last "long-standing" problem in the industry -- "carbide".

Because bearing steel belongs to high carbon steel, its carbon content is higher in all steels.If the carbide is unevenly distributed and in large chunks, the quality will be seriously affected."It's like kneading dough with a handful of salt," Liu said. "If the dough is not broken and evenly kneaded, the dough will be salty and hard."The goal of Liu's team is to make the salt more evenly distributed in the noodles.

"Or to knead dough as an example, the greater the deformation you knead, the more evenly you can knead, the key is how to 'knead'."Professor Liu Dong's team innovatively put forward the "strong rolling technology" - "this technology is when kneading the surface, let the surface in three directions are deformed, and the deformation of the value is very large, can be said to knead the surface thoroughly and strong way.

It sounds simple logic, but it contains the tireless exploration of Professor Liu Dong's team.The team has been "grinding a sword for ten years". After constantly tackling key problems and testing, the team has finally broken through the technical bottleneck, developed 3 "world first" technologies and applied for 66 invention patents.Powerful spinning is one of them.

According to Professor Liu Dong, China's bearing industry has formed an industry sales scale of nearly 200 billion yuan, and the annual growth rate of 12%-15%, but the production of bearings is still mainly in the low-end bearings and small and medium-sized bearings.Among them, automobile bearings account for about 40%. The low quality control level of inclusions and carbides in bearing steel seriously affects the life and reliability of domestic automobile bearings. "The emergence of powerful rotary rolling technology may effectively change this situation".

Laboratory data showed that the grain size was reduced from 50 microns to 10 microns by the high-power spinning technique, and the carbide size was reduced by only 10 times.Bearing steel hardness at the same time greatly improved, in the world's top level.In addition, the life and reliability of bearings have been greatly improved.The technology can also significantly improve the efficiency of materials and shorten the production process.(Source: China Youth Daily) 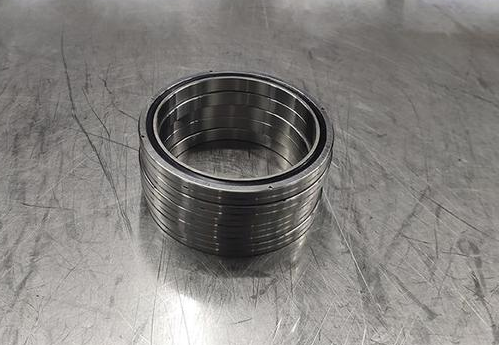