Downstream industry continues to recover, steel consumption is relatively strong.Since the beginning of this year, China's economy has been stable and improving. In the first quarter, China's GDP increased by 18.3% year on year. The major steel industry has continued to recover, driving significant growth in steel demand.According to the steel association estimates, the first quarter of the main steel industry actual steel consumption growth of 47%, including construction growth 49%, manufacturing growth 44%;China's apparent consumption of crude steel was 258.96 million tons, up 15.3 percent year on year.

Steel prices rose faster, the increase abroad is greater than domestic.According to the steel association monitoring, the first quarter, the domestic market steel prices keep rising trend.By the end of March, China's steel price index (CSPI) rose to 136.28 points, up 9.44 percent from the beginning of the year and 37.37 percent year-on-year.Domestic steel prices have continued to rise this year, driven by demand and a sharp rise in the price of imported iron ore, as well as a recovery in the international market and a general rise in commodity prices.The international steel price index stood at 246.0 points in March, up 28.9 percent from the beginning of the year and 58.9 percent year-on-year, according to CRU, an international consulting firm.Data comparison shows that the international market steel prices increased significantly more than domestic.

In the first quarter of this year, iron and steel enterprises continued to increase investment in environmental protection, carried out large-scale transformation of ultra-low emissions, and popularised and applied a series of advanced energy conservation and emission reduction technologies. The level of energy conservation and environmental protection continued to improve.According to the statistics of the Iron and Steel Association, the comprehensive energy consumption per ton of steel of member steel enterprises is 540.11 kg standard coal per ton, down 4.35% year on year;New water consumption per ton of steel decreased by 4.61%;Chemical oxygen demand decreased 9.35% year on year;Sulfur dioxide emissions fell 14.89% year on year;The utilization rate of steel slag increased by 0.39 percentage points compared with the same period last year.COKE OVEN GAS UTILIZATION RATE WAS FLAT YEAR ON YEAR.

On the same day, the China Iron and Steel Association said that this year, China's economic operation started well, positive factors in the cumulative increase, the recovery will continue, providing opportunities for the development of the steel industry.At the same time, the international epidemic is still spreading, the international environment is still complex and grim, the foundation for domestic economic recovery is not yet solid, and the steel industry is facing new challenges.

The supply and demand structure needs to be optimized.The current demand for steel is still with a certain epidemic economic characteristics.In terms of the structure of economic growth, the investment structure needs to be optimized, and consumption needs to be restored. The role of industrial growth is obvious, and the industrial growth is largely financed by the increase of exports, which in turn is based on the "breaking point" of the industrial chain affected by the epidemic in foreign countries. There are many uncertainties.From the current steel production capacity release and investment growth, the supply capacity is relatively sufficient, but there is a certain gap between the supply structure and the balanced and high-quality development of the economy, the need to optimize the structure, improve the adaptability.

In addition, steel enterprises increased cost pressure.At present, the price of iron ore, scrap steel, coke, coal and other raw materials used in steel production is still at a high level and has a further rising trend. Logistics costs and environmental protection costs also continue to increase, which promotes the continuous rise of production costs and further increase of operating pressure of steel enterprises. It is necessary to gradually digest adverse factors by exploring the potential of bidding.

Low-carbon development is imperative.It is China's solemn commitment to the world to reach a carbon peak and be carbon neutral on schedule. At present, all departments and regions are drawing up low-carbon development roadmaps and action plans to ensure the realization of these goals.On December 29 last year, the Ministry of Industry and Information Technology made it clear that "we must resolutely compress crude steel production and ensure that crude steel production declines year-on-year".Adhering to green and low-carbon development and actively fulfilling social responsibilities, the steel industry faces an arduous task.

Going forward, the steel industry will continue to consolidate the achievements of supply-side structural reform.To fully understand the country put forward the significance of "crude steel production year-on-year decline", a combination of measures to prohibit new capacity.Consciously abide by the relevant regulations on capacity replacement and strictly implement the replacement by reducing capacity.We will give play to the role of a reporting platform, and promptly discover and cooperate with the state to correct problems of new production capacity that violate laws and regulations.We will give full play to the dual role of the government and the market, and ensure that some businesses thrive while others thrive.Promote and encourage iron and steel enterprises to implement market self-discipline, merger and reorganization, and then optimize the structure, and promote the balance of market supply and demand.

In addition, CISA said to promote the long-term stability and sustainable development of the industry chain, to take the initiative to coordinate the relationship with the upstream and downstream industries, and take effective measures to increase the development of iron ore at home and abroad, improve the steel industry resource guarantee capacity, curb the momentum of iron ore prices rising. 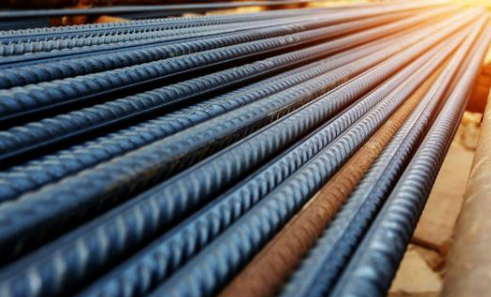