Whether the bearing is correctly installed is related to the service life of the bearing, so we must pay attention to the following Longteng bearing to introduce the five steps of the correct installation of the bearing in detail. I hope it will be helpful to you who are using the bearing.

Special tools for mounting and disassembling bearings are used

Check the bearings before installation

Control the quantity of bearing and oil in the bearing chamber

Bearing and the oil in the cabinet is overmuch, can cause bearing roller sliding, caused by the rolling friction sliding friction and rolling body damage bearing roller, because of the excessive amount of oil-bearing, bearing in the free space is small, the operating temperature of the bearing will rise, grease hz degree is reduced, the lubricating oil film thinning, roller, and the bad lubrication condition is easy to cause bearing different sound, surface smooth, shorten the service life of bearing. Generally, there is a bearing oil chamber at the end cover of the motor (except for the motor designed with double-sealed bearings). According to the speed of the motor, the amount of oil in the bearing chamber can be carried out according to the following standards: when the motor speed is less than 1500r/min, the amount of oil is 2/3 of the volume of the bearing chamber. When the speed is between 1500 ~ 3000r/min, it is 1/2 of the volume of the bearing chamber. When the speed is > 3000r/min, it should be less than or equal to 1/3 of the bearing volume. In the actual working process, for bearings running at high temperature and high speed, bearings with sealing surface should be used as little as possible, the oil storage amount of the electric oil cap should be increased, and the refueling nozzle should be installed to improve the service life of motor bearings.

Make sure the insulation is in good condition

For bearings with insulated outer rings, attention should be paid to ensure that the insulation is intact. If the bearing insulation is destroyed during installation, the thin bearing oil film will be broken down by the shaft voltage. After the oil film breakdown, not only the lubrication condition of the rolling body is poor, but also the electric spark generated will form electric corrosion on the bearing rolling body, causing not only the surface of the rolling body but also the wear of the bearing.

The global wind bearing market is a monopoly pattern

At present, the global bearing market presents a pattern of monopoly competition, with more than 70% of the market share concentrated in the hands of eight multinational groups. From Sweden, Germany, Japan, the United States, and other countries, and the domestic bearing manufacturers account for about 20% of the global market share.

Reviewing the development course of the domestic wind power industry, it is found that the guidance of national policies has a very close relationship with the development of the industry. Before 2006, most of the supporting bearings of China's wind power equipment were imported, the price remained high for a long time and the delivery cycle was long. At that time, the newly increased market share of foreign wind turbines was more than 55%. A year later, the leading role in the increase of 55% of the market share became Chinese companies. This is because in 2006, the National Development and Reform Commission (NDRC) issued a regulation of "70% localization rate of wind power equipment", which prohibited the construction of wind farms that did not meet the requirements of the localization rate of the equipment.

With the support of policies, domestic wind power bearing enterprises rise rapidly and finally realize the localization of variable paddle bearings and yaw bearings. But by 2010, to promote the continuous and healthy development of the domestic wind power industry and create a Shared open, competitive, and orderly wind power industry market environment, "wind power equipment localization rate of 70%" regulation was canceled, poured into the Chinese market of the foreign investment enterprises, SKF, FAG Schaeffler, NTN such as the global leading one after another set up the wind power bearing factory in China, Foreign-funded enterprises occupy the leading market position in the high power and spindle bearing market.

Is limited by technical level and production scale, the main force low-end market, domestic enterprises, according to data from January 2020 to August in both import and export amount for the rolling bearing is about $2.2 billion, the import and export unit price is $1.41 and $0.64 respectively, import-export more than 2 times of unit price, the price is imported bearings occupy the high-end market in China. In addition, the vast majority of bearing production enterprises are small and medium-sized enterprises, and the output of medium and large bearings accounts for less than 13%. Therefore, there are many small participants in China's bearing manufacturing industry, no influential leading enterprises have emerged, and the market concentration of the industry is not high. Data show that in 2019, China's bearing industry achieved an operating income of 177 billion yuan, among which the top 10 bearing manufacturing enterprises achieved an operating income of 50.67 billion yuan, and the CR10 of the industry was only 28.6%.

At the same time, the high-end bearing manufacturing process involves the design, processing, testing, and other technical problems and mechanics, tribology, such as theoretical basis, the former need a long-term technical accumulation of experience, which needs a large number of high-quality talent, these can achieve in the short term, so need to domestic enterprises a certain amount of time to complete technical accumulation and talent cultivation. In addition, in terms of process equipment, high-precision machine tools, induction heating equipment, and other fields are relatively weak, which also limits the development of China's high-end bearing industry.

The supply of imported bearings is restricted, which provides a window for domestic enterprises to replace imports. The sudden outbreak of the epidemic in 2020 has given all industries an emergency brake, and the global industrial chain and supply chain have been impacted, leading to the shortage of wind low foundation and a certain scale will welcome the development main bearings. In the case of the normalization of epidemic prevention and control in China and the steady rise of wind power demand, combined with the desire of local enterprises to break through the long-term monopoly of overseas enterprises, domestic enterprises with a certain nt opportunity, which is expected to accelerate the localization process of wind power bearings. At present, some fan manufacturers are using the spindle bearings produced by local enterprises such as tile shaft and rock shaft.

In general, wind power is in line with the requirements of human sustainable development, with distinctive characteristics of times and trends. With the rapid development of the global wind power industry, the market for related components is also booming. As one of the core components in the wind power field, bearings will enter a high boom period. At the present stage, the high-end bearing market is mainly monopolized by international giants. With the continuous breakthrough of technology and the catalytic effect of the epidemic situation, the localization process of bearings is accelerating. 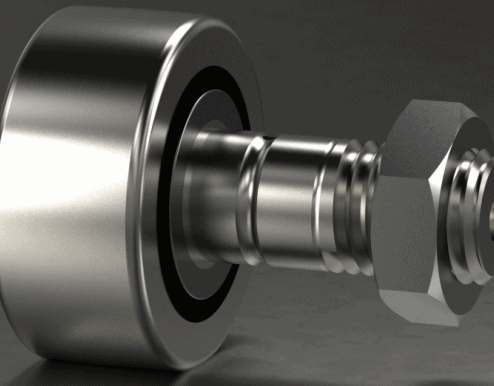