Angular contact bearings are ideal for use in gearboxes, pumps, electric motors, and clutches or other high-speed applications.

They are commonly used in the Materials Handling, Machine Tool, Steel Mill, and Wind Energy industries.

Although angular contact bearings can accept thrust loads in only one direction, they can be manufactured at different contact angles (usually between 0 and 45 degrees) to transfer the load acting upon the bearing.

Angular contact ball bearing because of its outer ring raceway can have relative displacement in the horizontal axis, so can bear radial load and axial load at the same time, joint load (single row angular contact ball bearings can only carry axial load of single direction, therefore is generally installed in pairs) is often used to.Retainers made of brass, synthetic resins, according to the bearing form, the conditions of use and distinguish. 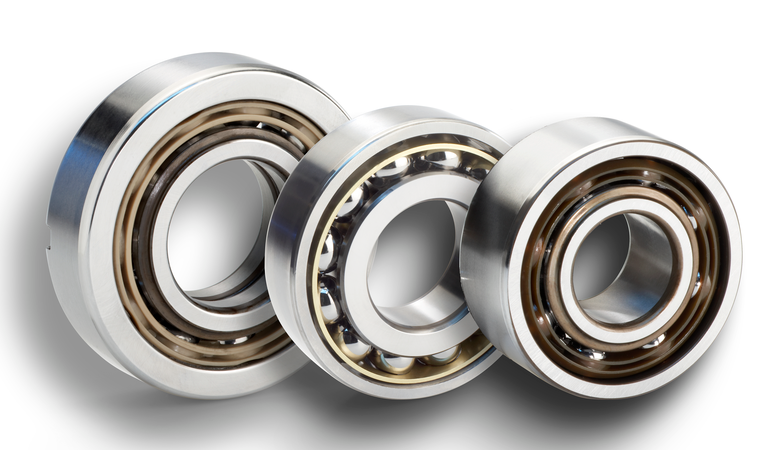